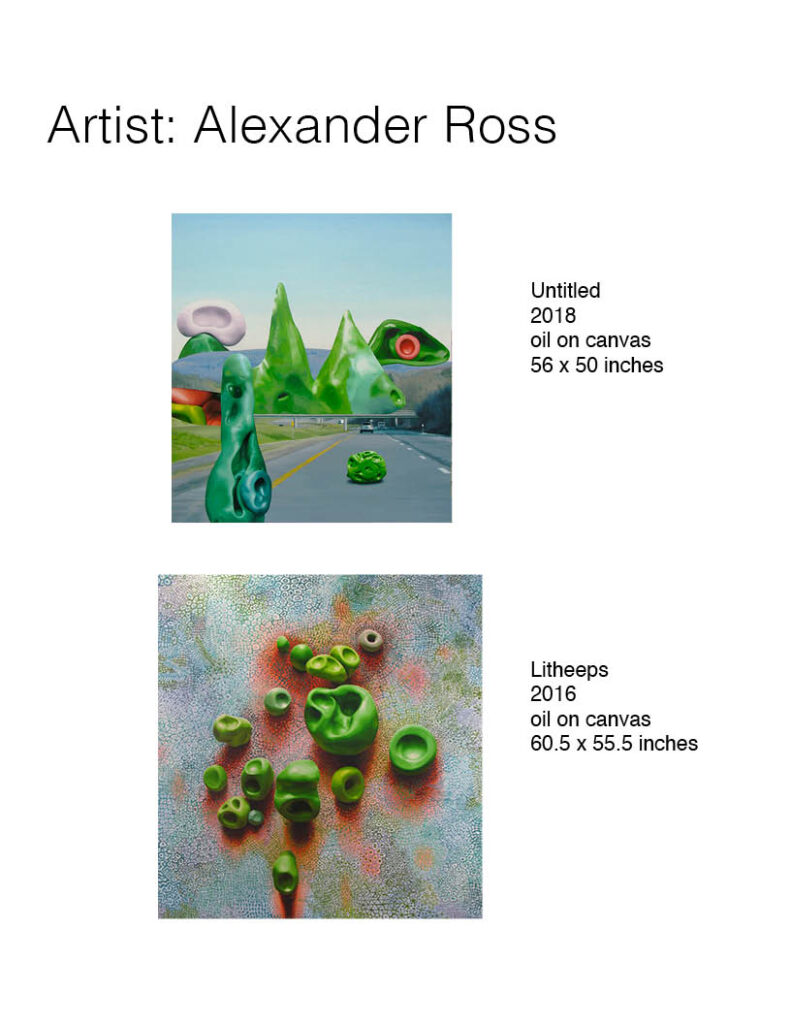 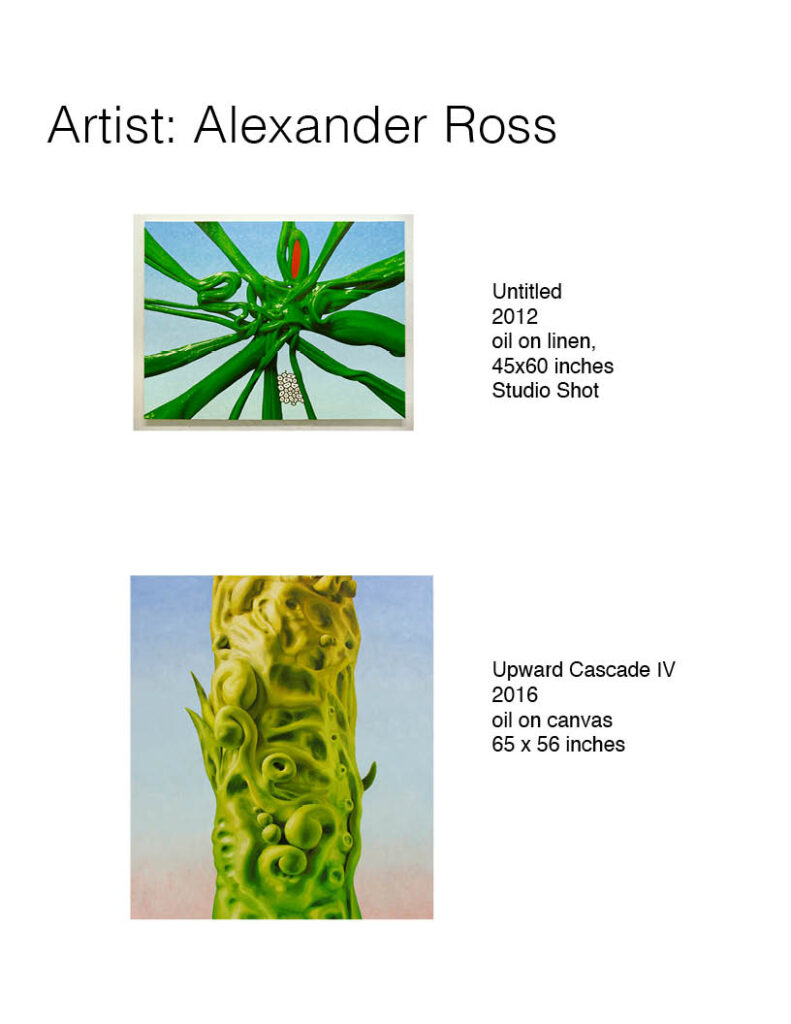 Alexander Ross is represented by Miles McEnery Gallery in New York. He has shown at Marianne Boesky Gallery, Paul Kasmin Gallery, Mary Boone Gallery, David Nolan Gallery, Derek Eller Gallery, and Feature Inc., among others. He has also shown his work in London with Stephen Friedman Gallery, in Paris at Gallerie Hussenot, in Germany at Nolan Judin Berlin, and in Stockholm at Wetterling Gallery. Robert Storr wrote a feature article about Ross’ work which appeared in ArtForum in 2003. Alexander’s work was exhibited at the Biennial at Site Santa Fe 2004 in a show called “Our Grotesque”, curated by Robert Storr. In 2005 Alexander was one of the eight artists participating in the “Remote Viewing” show at The Whitney Museum of American Art in New York. Among the awards, Ross has received are a Guggenheim Fellowship, a Louis Comfort Tiffany Award, an Art Production Fund Fellowship and Residency at the Musée Claude Monet in Giverny, France, and is a two-time recipient of The Pollock-Krasner Foundation Grant.